Press reports revealed the most important developments in the future of the French first-team football striker, Paris Saint-Germain, during the upcoming summer transfers.

According to the information received from the next Spanish program, “Al Chiringuito”, Kylian Mbappe will not remain in the ranks of Paris Saint-Germain, as was recently reported, as the player has already decided his destination, which will not be in the French capital club.

How did Mbappe decide his fate with Paris Saint-Germain?

And press reports confirmed that Mbappe told the Paris Saint-Germain players that he would not be with them during the coming period, and that he would leave them, “he will leave the team.”

Mbappe is scheduled to go to the Spanish Premier League to play within the league leader, Real Madrid, especially since that was his dream since he was a young child, and the dream of Florentino Perez, the president of the royal as well.

It is worth noting that Mbappe’s contract with French club Paris Saint-Germain will expire at the end of this summer, and the two parties have not reached any agreement so far on the renewal of the contract. 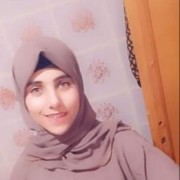